8/15/19: Last week we were on vacation in Castleton, Virginia, with Lexi’s family. It’s close to Shenandoah National Park. When we realized we were only a half hour drive from the trailhead of Old Rag, we took the opportunity to go and climb it.

It’s a 10 mile loop if you start and end at Nethers, with about 2,500ft of height gain. The summit is 3,291ft high and affords magnificent views of the Shenandoah and foothills. The final section along the top ridge is an interesting rock scramble, through crevices, up staircases, past caves, up gullies etc. and makes for quite a sporting ascent.

It’s a super popular hike for those reasons and because it’s close to Washington, D.C..

We left the boys with the grandparents and avoided the weekend crowd by going on a Monday.

Lexi at one of the lookouts part way up the ascent.

Yours truly at the same lookout.

Can you see why they’re known as the Blue Ridge mountains?

Still on the way up despite appearances. The final ridge involves some entertaining scrambling! 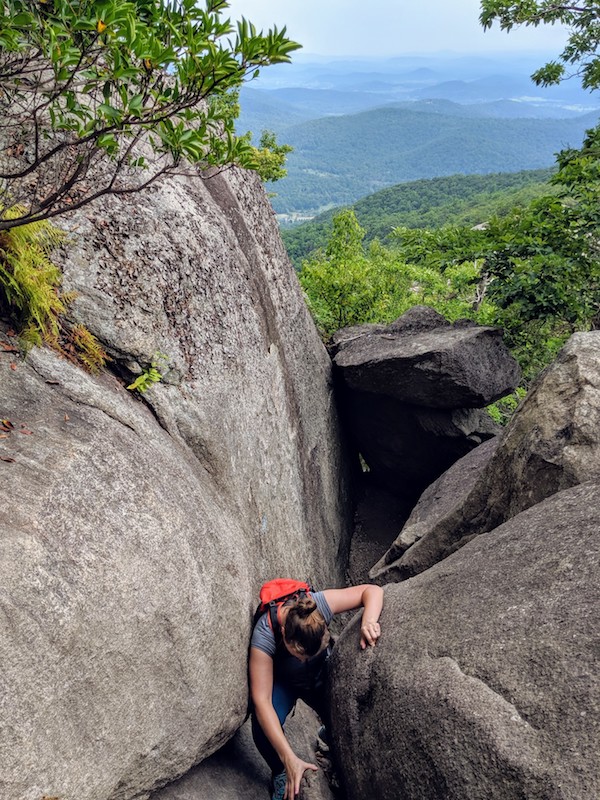 Scrambling up a gully on Ridge Trail

Ridge Trail passes through a tunnel between giant old boulders

Through one of the many narrow rock gaps.

Obligatory foot shot on the summit of Old Rag. 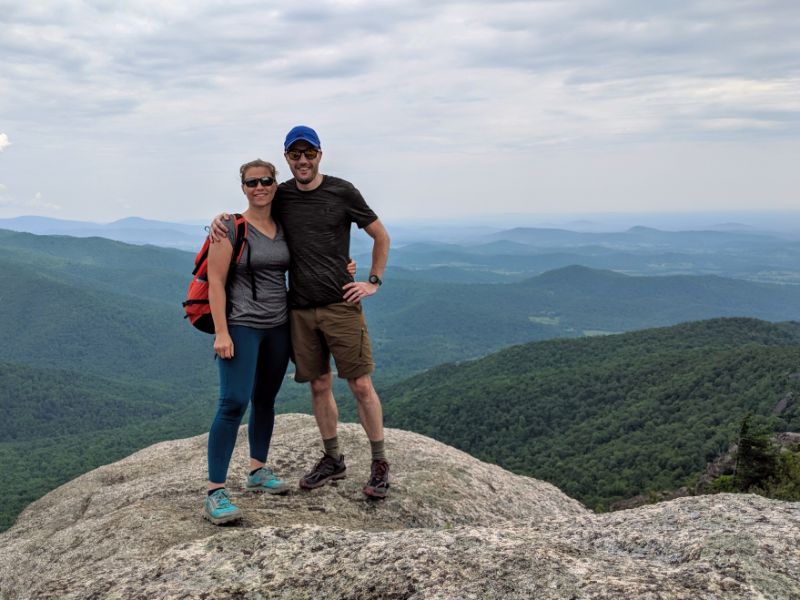 With Lexi on the summit of Old Rag. So lucky that we get to enjoy these kind of adventures together 🙂

Pretty much straight up and then straight back down! 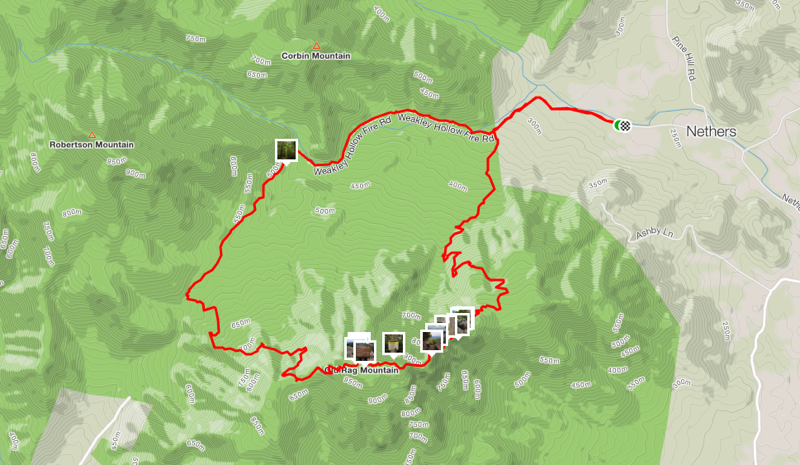 It’s a 10 mile loop starting from the parking lot in Nethers.

It’s a fantastic hike, and lives up to its marquee status. However, it was popular even on a weekday, so definitely one to avoid on summer weekends.

For more info on Old Rag, check out the: topo on All Trails